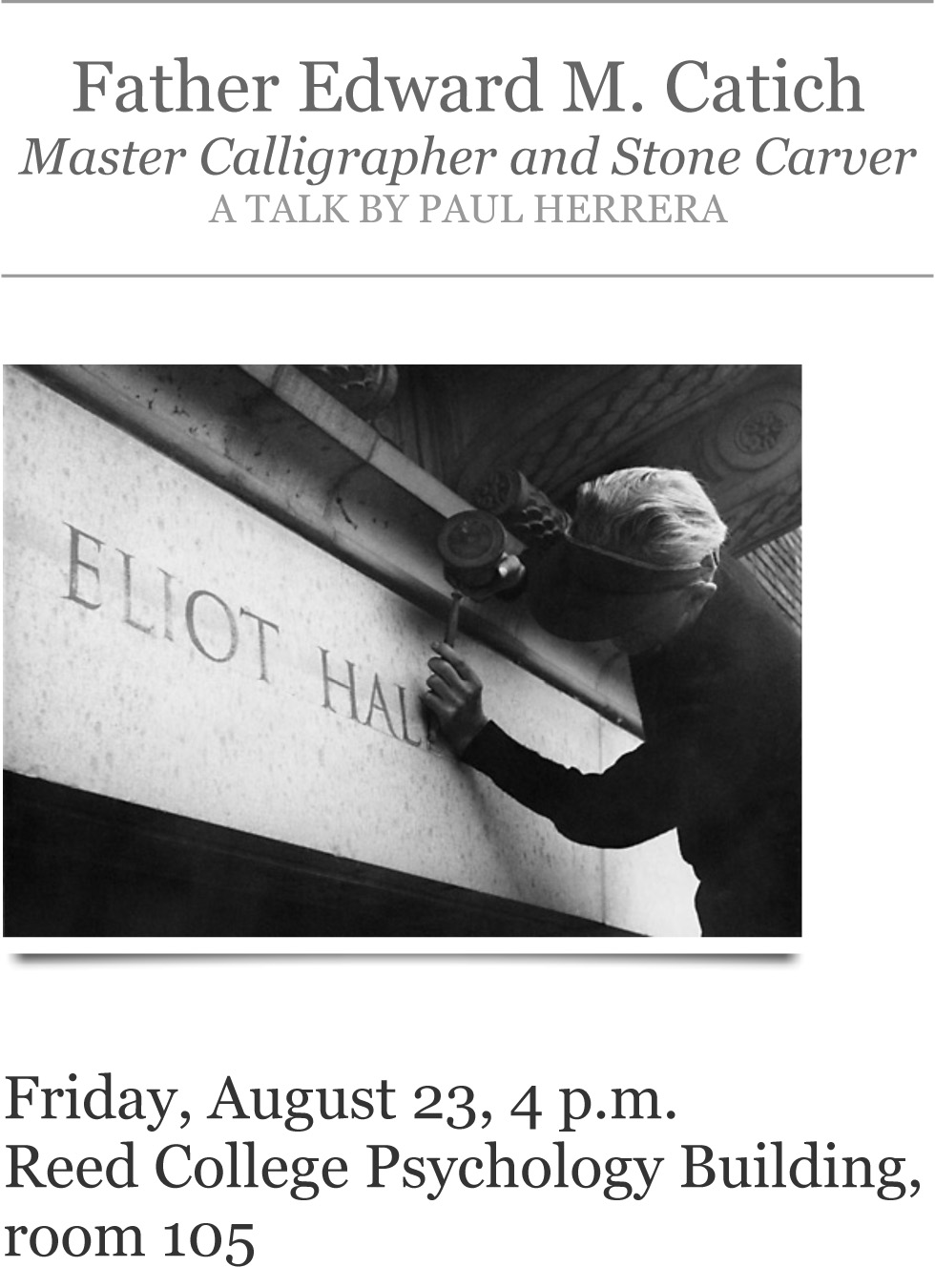 Free and open to the public
The Calligraphy Initiative of the Douglas F. Cooley Memorial Art Gallery Reed College was honored to welcome Paul Herrera to present a one-hour illustrated lecture about the life and work of Father Edward M. Catich (1906–1979). As an undergraduate, Herrera began training with Father Catich in 1967, and after a period of military service, he worked as Catich's inscription cutter and calligraphy seminar assistant until the time of his death in 1979. At that point Herrera was invited to teach Catich’s classes at St. Ambrose, and continued in this role until 1989.

The Reverend Edward M. Catich was a leading authority on the Roman Imperial letter form, as found on the Trajan Column in Rome. The Trajan Inscription has been generally regarded by paleographers, calligraphers, and others interested in the letter arts as the finest example of Roman monumental lapidary inscription, and is accepted as the basic model of the Roman alphabet.

Father Catich began his paleographic and epigraphic research on the inscription in 1935 as he studied for the priesthood in Rome. After his ordination in December 1938, he returned to Rome many times over the course of his life to gather materials, which he published in two groundbreaking works: Letters Redrawn from the Trajan Inscription (1961) and Origin of the Serif (1968).

Paul Herrera comes to Portland as a speaker at the TYPECON conference, August 21–25, 2013.

Click on the logo to visit the ALL site.

Paul with Catich Cast of The Trajan Inscription in Rome.

This is the only direct cast made of The Trajan Inscription in Rome, the finest example of Roman Imperial Brush Writing. The Cast is owned by RR Donnelley Corporation in Chicago, but is not on public view at this time. the Art Legacy League is attemptiong to help the company find a suitable home for the cast where it can be on public display and be accessible to scholars.